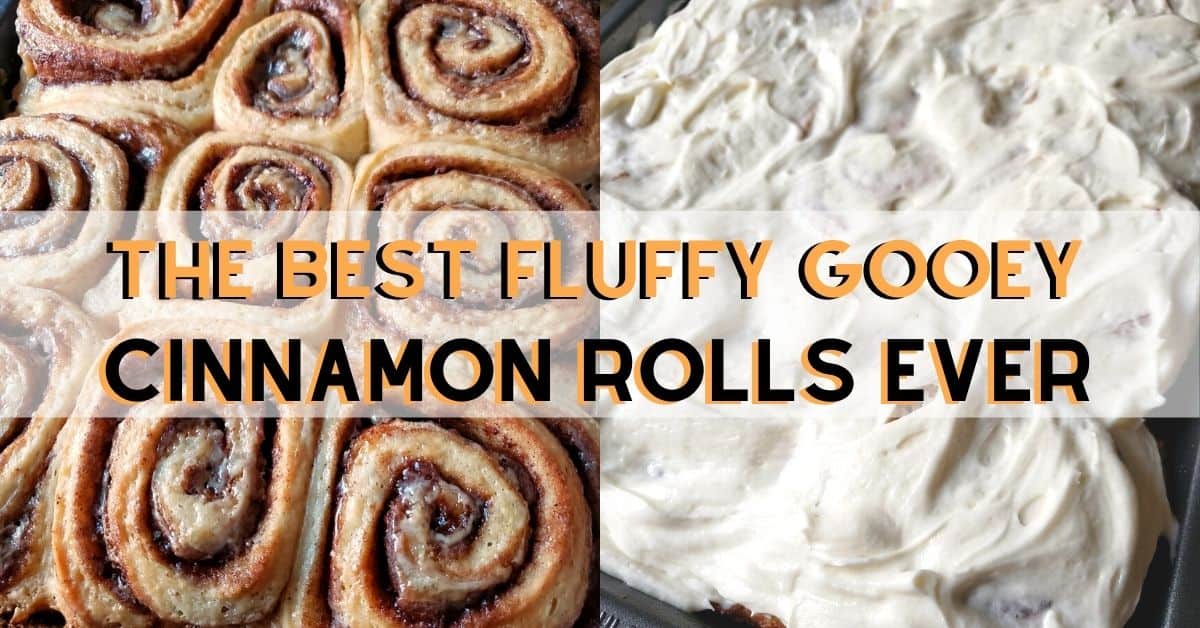 What’s better than fresh-baked fluffy gooey cinnamon rolls? A homemade version you can eat in your pajamas! The smell of Cinnabon Cinnamon Rolls always filled the air at the shopping malls we grew up going to. But who wants to go to the mall every time you have a craving?

Now we have our perfect recipe for the best fluffy gooey cinnamon rolls. No hard crusty edges or dry rolls here! Every single bite will be filled with soft fluffy cinnamon roll all thanks to our SECRET INGREDIENT hack!

Everyone has a different opinion about what makes a great cinnamon roll. This is just OUR list of absolute must-haves when it came to creating the best fluffy gooey cinnamon roll!

We tried to make a fluffy gooey cinnamon rolls recipe that was both delicious and easy! This means easy to find ingredients, as little labor as possible, and one simple ingredient that will keep your cinnamon rolls moist and gooey.

Cinnamon rolls consist of three parts: the dough, the filling, and the frosting. Let’s talk about the dough first.

We wanted to keep our recipe simple, using things that most people would either have in the pantry or are easily found in their local grocery store.

All you need is three ingredients and one secret ingredient. Super simple, super easy.

Everyone has their preference when it comes to frosting but we chose a cream cheese frosting for ours. We love the thickness and spreadability of it. Just the right amount of sweetness as well!

To make this recipe as easy as possible we do recommend the following equipment:

These steps are absolutely essential if you want fluffy gooey cinnamon rolls.

Other Recipes to Try 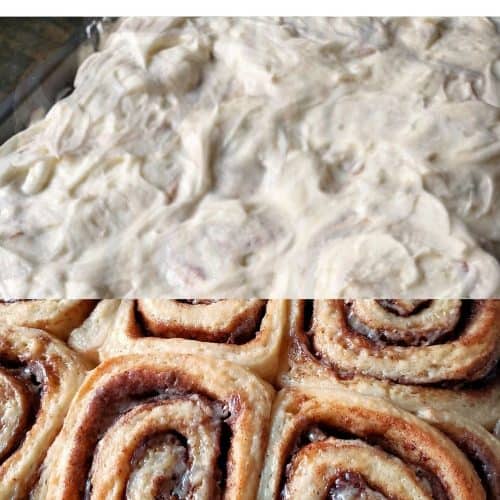